The SMSC is a community of Dakota people whose ancestors have lived in Minnesota for centuries. As a sovereign nation, the SMSC provides for its members with an emphasis on wellness, cultural preservation, and education.

One of the SMSC’s values is to protect and restore natural resources, including wetlands, aquifers, prairies and forests. Following a Dakota tradition of generosity, the SMSC is one of the top philanthropists in Minnesota and is the largest contributor to other tribal governments and causes across the country. 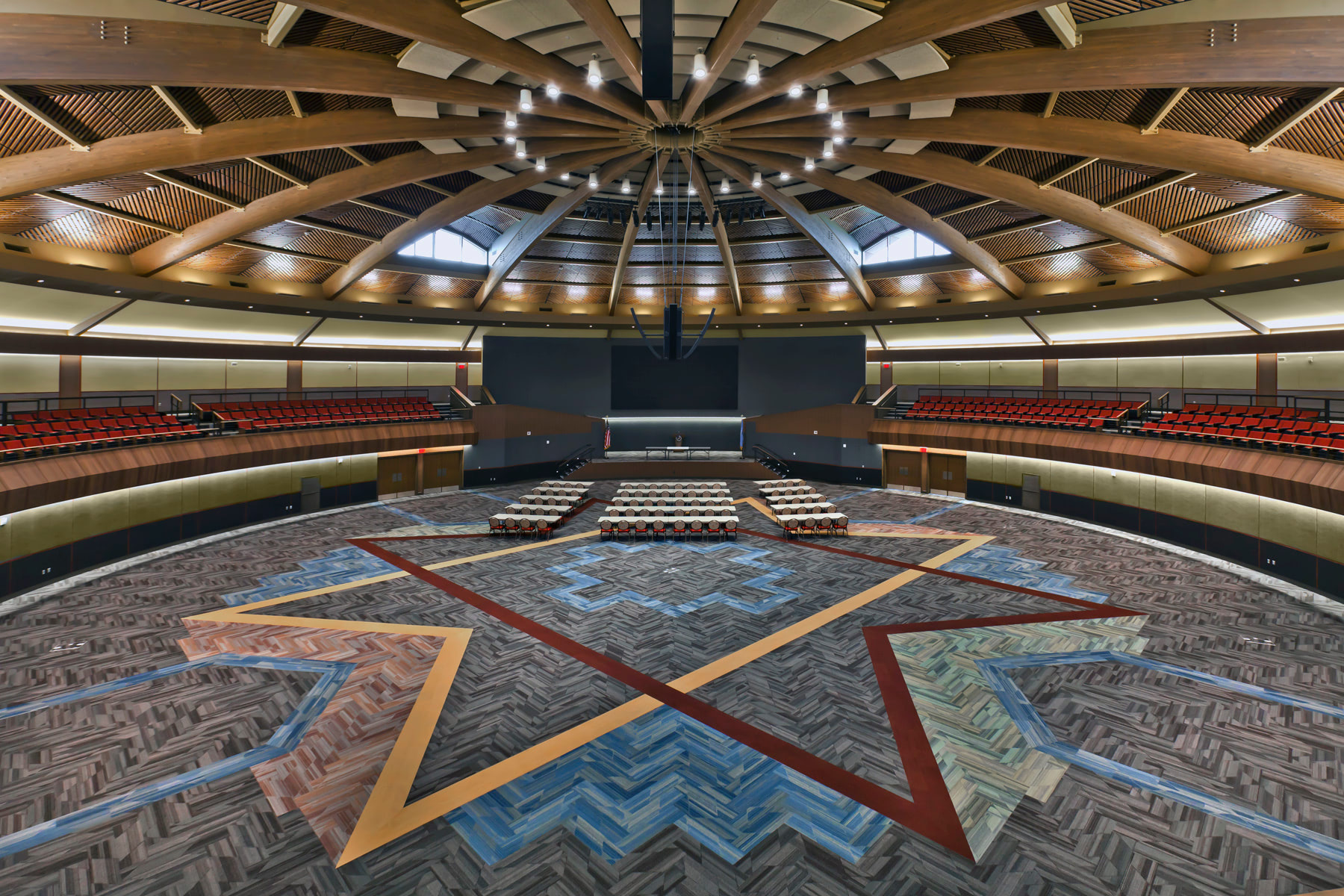 The SMSC first identified a need to build a community cultural center in 1993 to serve as a gathering location, house native artifacts and accommodate special events. A master plan and funding for the project was approved in 2013 and construction on the Hoċokata Ti [ho-cho-kah-tah-tee] cultural center and gathering space commenced in 2017.

As technology partner, the primary challenge for AVI Systems was to work with stakeholders to create and install a robust system that was not intrusive in the Place of Gathering — a 9,800 square-foot, round, multi-level center with large domed ceiling and a great deal of natural light. The center accommodates as many as 1,400 people and features an open design in which there are no obstructed views. 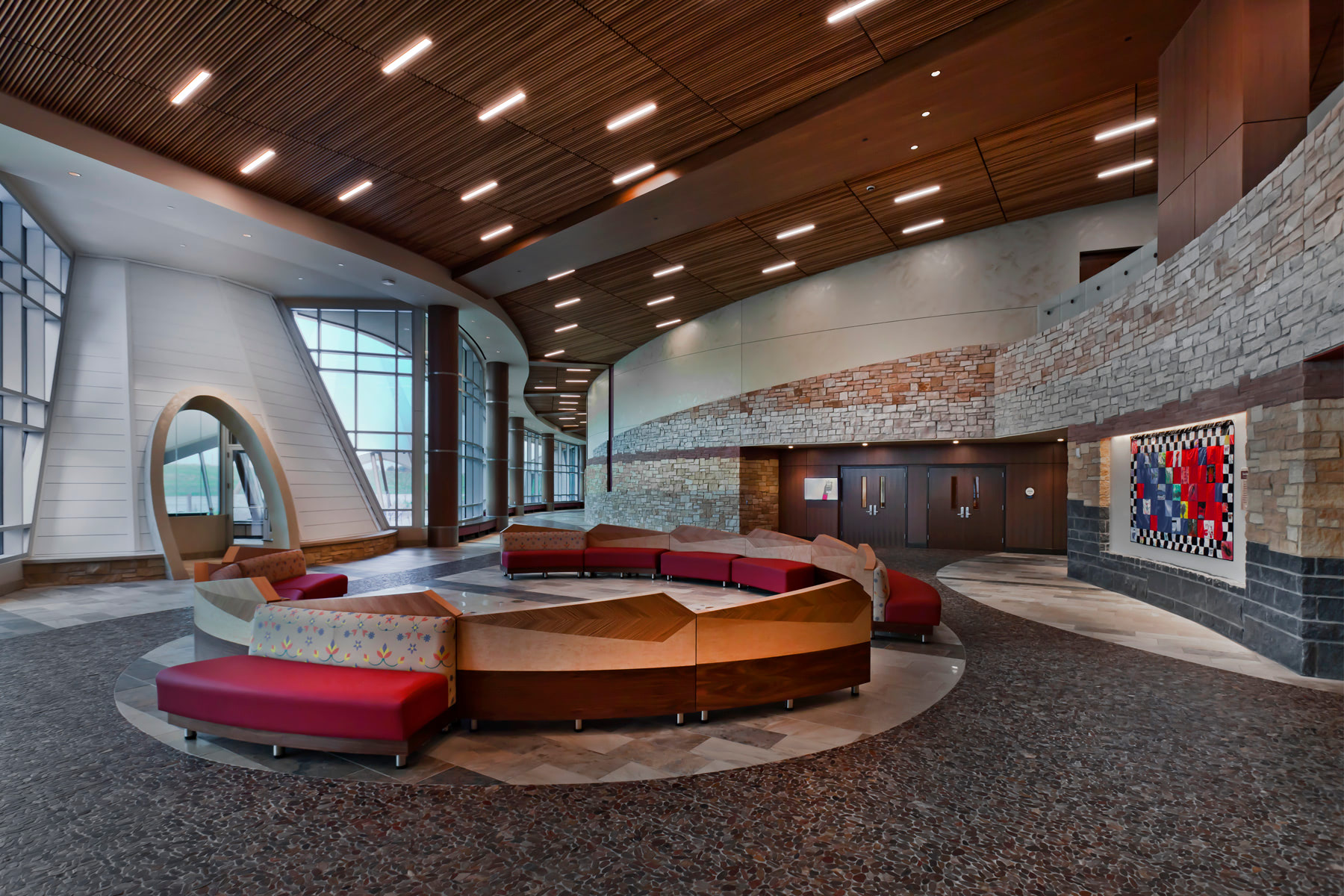 AVI Systems built a customized solution to meet the specific needs of the unique space and help deliver SMSC’s message through all of the many different types of events that are held in the Place of Gathering.

The technology compliments the very nature of the space and provides audiences with a media rich experience worthy of the facility.
First, because of the round configuration of the facility, AVI partnered with Innovox Audio for a custom audio solution.

A 564-square-foot stage is backed by a large, curved LED wall and stage speakers are hidden in columns. In addition, a center cluster of speakers was designed and placed near the top of the domed ceiling. Acousticians approached the customization for the audio solution very carefully. The use of a center cluster of loudspeakers positioned over the center of the community space ensures that audio is equally distributed to both the upper level of the space and across the floor space as well.

For the visual solution, AVI avoided traditional video projection, which would have involved equipment that obstructed views of the stage from certain angles, and instead worked with DesignLED, a creative
visualization company, to build a custom solution. The 14½ by 25-foot curved video wall is just four inches thick and built using a flexible substrate surface. 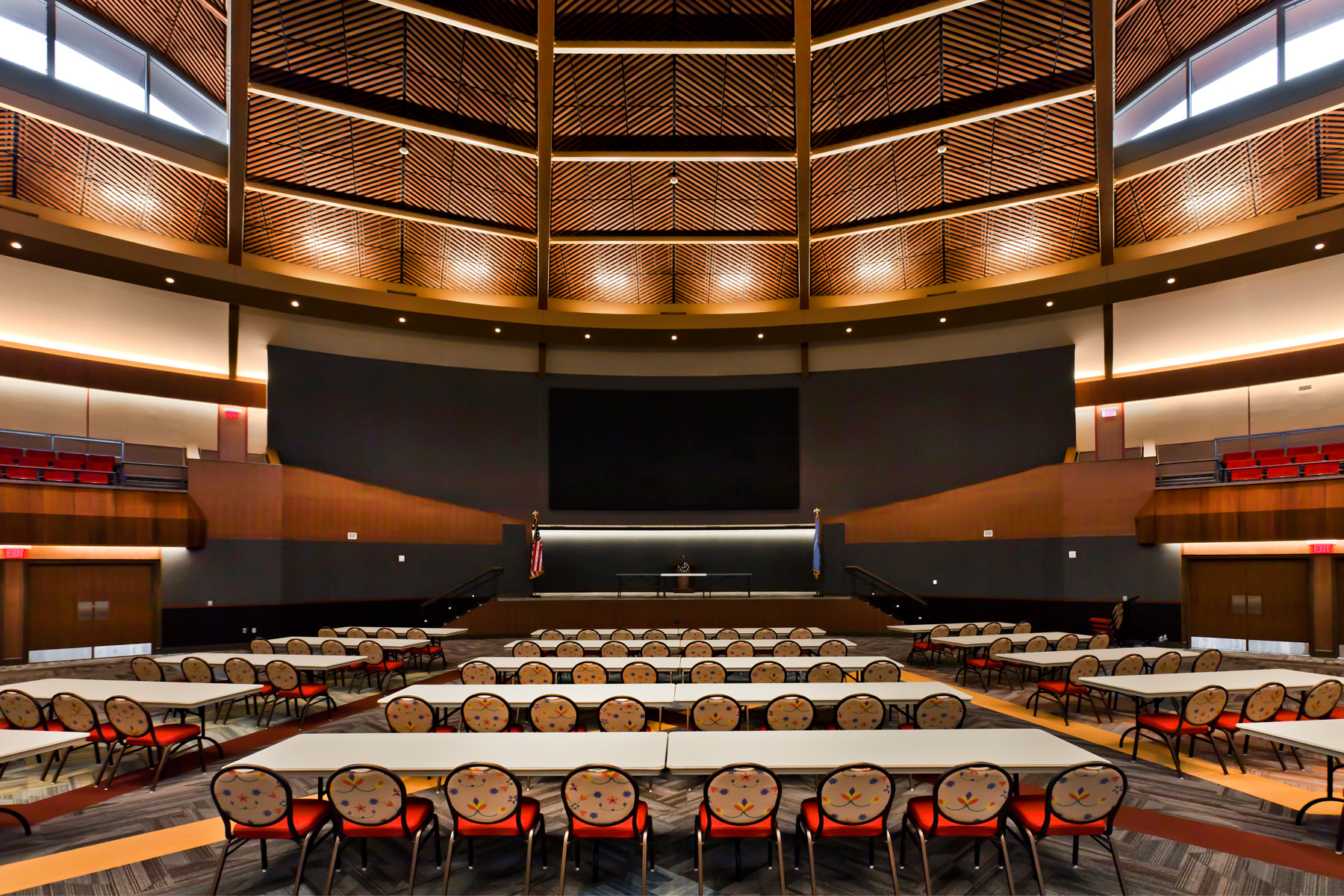 The wall frame is 25-feet wider than the current substrate, so the screen itself can be doubled in width if future needs require it. Audiovisual controls are available on both the stage and in a control booth located in the back of the gathering space. A Crestron
control system enables users to easily manage what is displayed on screen and audio levels.

In addition to the systems used in the Place of Gathering, AVI provided technologies for the SMSC’s new 97-seat theater that is also part of the new cultural center building. The 1,300-square-foot theater features an acoustically transparent screen with audio that rests behind the screen itself. 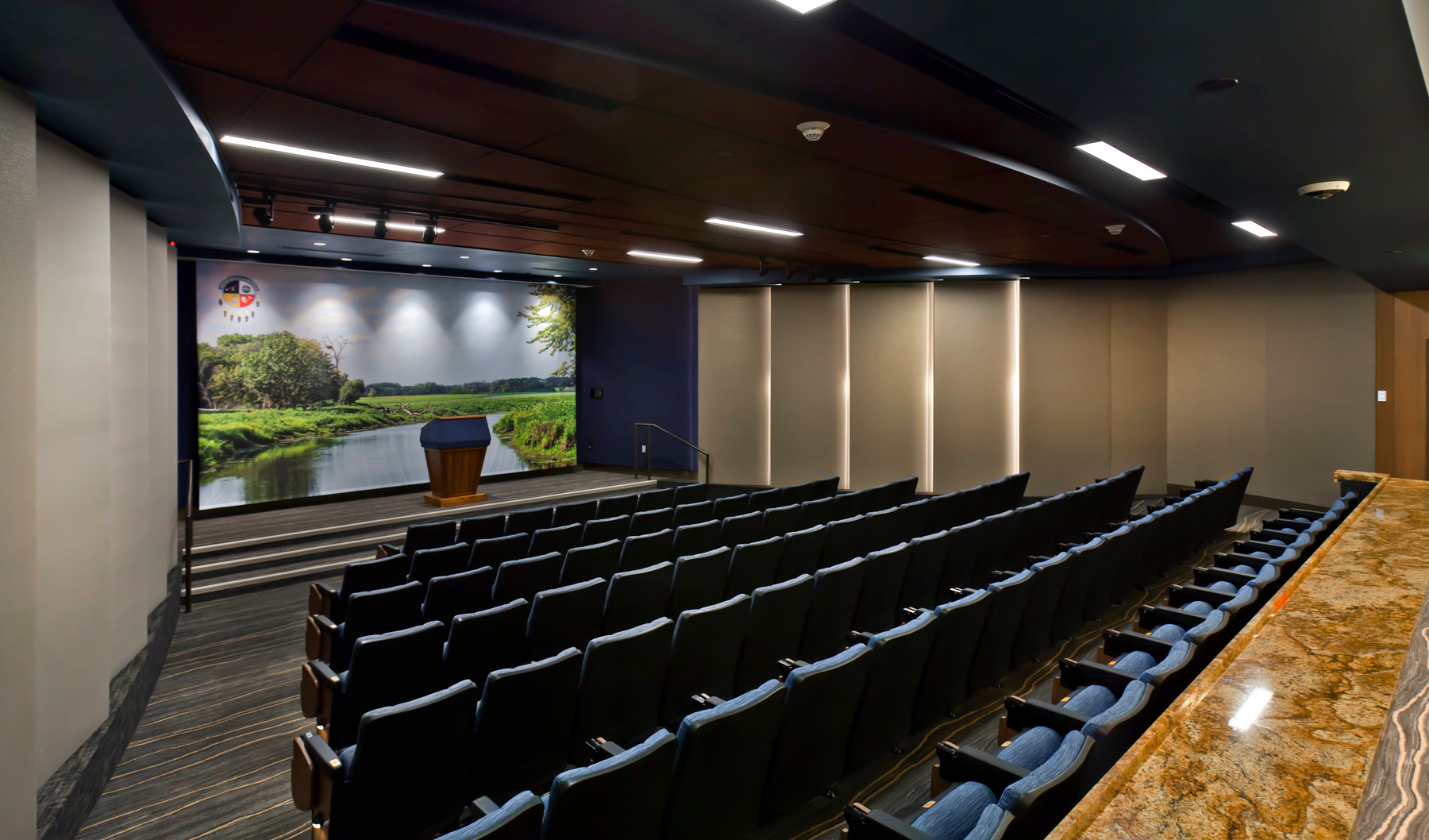 “Culture and community were our focus,” said Loren Sposito, account manager at AVI Systems. “The entire facility is designed to help the Shakopee Mdewakanton community come together in an amazing space and grow with their needs. It was an honor to be part of
this once-in-a-lifetime project.”

As with any major project — or a highly customized one like this — the scope of the SMSC Hoċokata Ti evolved over time, primarily because it took two decades to receive funding and approval to build.

Once construction was underway, however, AVI Systems and its technology partners worked within PRO Development and PRO Design agreements to deliver a system the SMSC was extremely excited to use.

“Hoċokata Ti is an important place for the tribe, and we needed to ensure that the AV met the tribe’s needs for the space,” said Lydia
Four Horns, general manager of Hoċokata Ti. “This truly innovative AV system will be front and center each time the Community uses
the facility.”