The challenge with production trailers is that it’s hard to load everything up, get the trailer to its destination, unload everything, do the broadcast, and move to the next location. It's a lot of work, requires a lot of people, and takes up a lot of time. Because of this, the trailer can’t make it to all of the games that Midco Sports Network wanted to broadcast, which forced the company to rent out vehicles to fill the gaps or miss out on valuable coverage.

These big production trailers demand a full crew. And with a full crew comes hotel and meal expenses, time on the road and away from home.

The benefits of having a full crew on the road were out-weighed when it came to updating one of the trailers.

Midco had a choice.

“It was time to either upgrade that trailer or try something new,” said Craig DeWit, production technology manager at Midco Sports Network.

Midco went with something new.

Midco’s new centralized production truck was parked outside of the ticket windows at Trojan Field in Madison, S.D. Technicians from AVI Systems and Midco brought the truck to life, running cable from an outside power source to the truck to the grand stands.

One camera operator was positioned at the top of the stands, getting an expansive view, while two others were on the field. 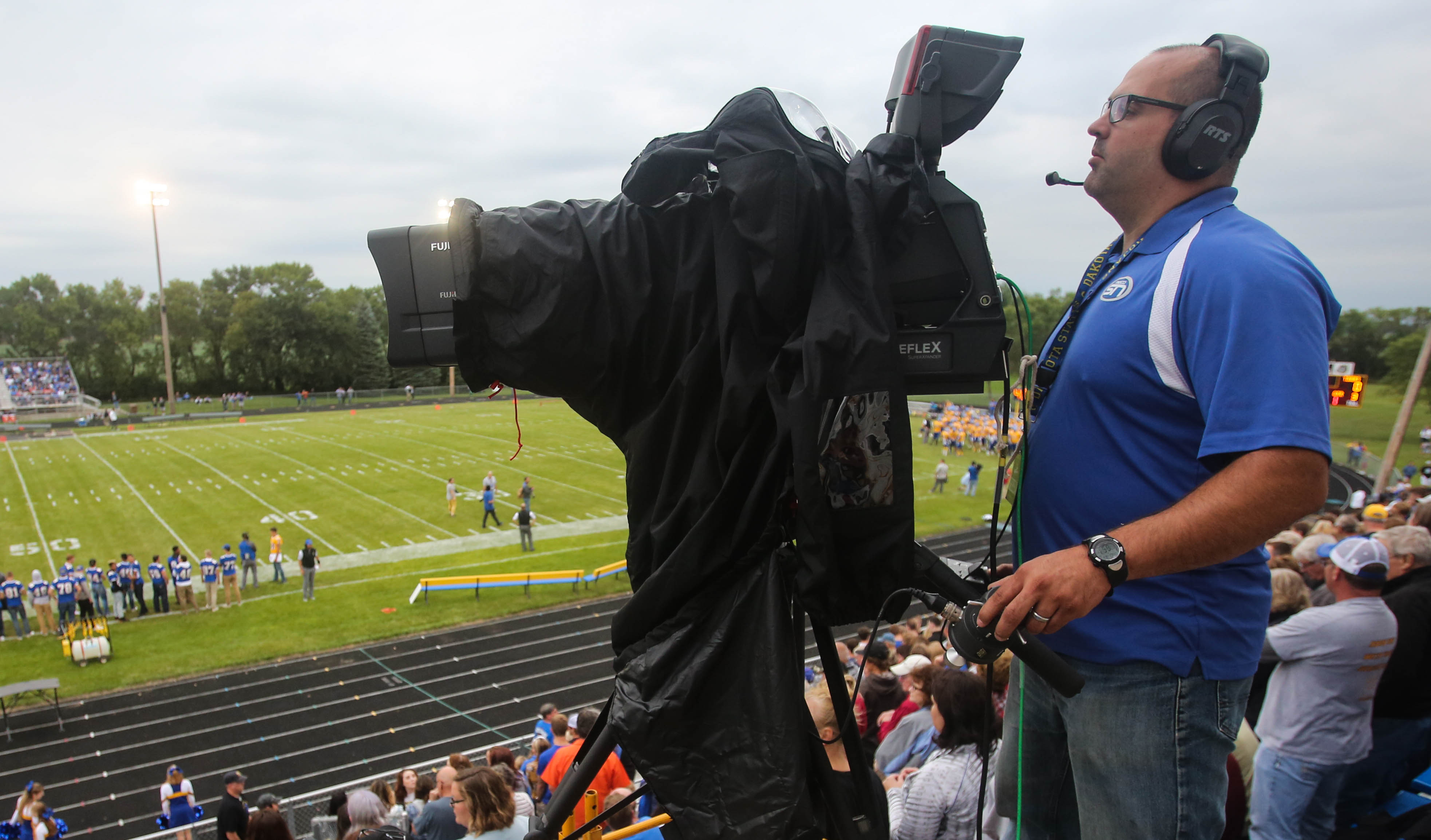 Peering into the truck, you’d see a broadcast suite and a single chair for the engineer.

Chad Thielen, design engineer IV at AVI Systems, spent a fair amount of time in that chair, making sure everything was running as it should for its first broadcast.

“As far as technology in the van, the concept here is to minimize what we put in there,” Thielen said. “We have the core power supplies for the cameras, we have some encoding equipment, we have a digital DSP based audio mixer.” While technology is kept to a minimum in the van, a full production suite sits at headquarters in Sioux Falls, where producers direct those on site to get a different angle, zoom in or out, or to switch camera views.

“Back at headquarters, AVI Systems just revamped that facility, put all new routing systems, [and] the audio control room as well,” Thielen continued. “Everything was redone, all with the mindset of doing this centralized production and doing more production.”

There are three main control rooms at headquarters.

One controls all the audio; another deals with the shading, editing, and playback; the biggest works with the on-the-field game play coming in from the company’s fiber optic cable.

Four operators share the biggest control room, sitting in front of a dozen monitors all showing different versions of the same game.

A producer speaks into his mic, giving directions to those in Madison at the game. The others sit silently, but keep up with the pace of the game and make the technical changes as needed.

Two people managed the audio control room, while another three made sure playback was running smoothly in the editing control room.

That’s nine people who would’ve normally been on site and on the road.

“Those folks that are running the operating positions here in Sioux Falls, they get to go home to their own beds and sleep at home tonight, instead of sleeping in a hotel room on the road,” said DeWit, with Midco.

“The benefits of that are we don’t have to send such a large crew out on the road all the time,” he said. “We can reduce our travel cost, we can reduce our meals, hotels, all of that."

"We just have to send out a small van, camera crew and engineer out to the field – everybody else can stay here.” 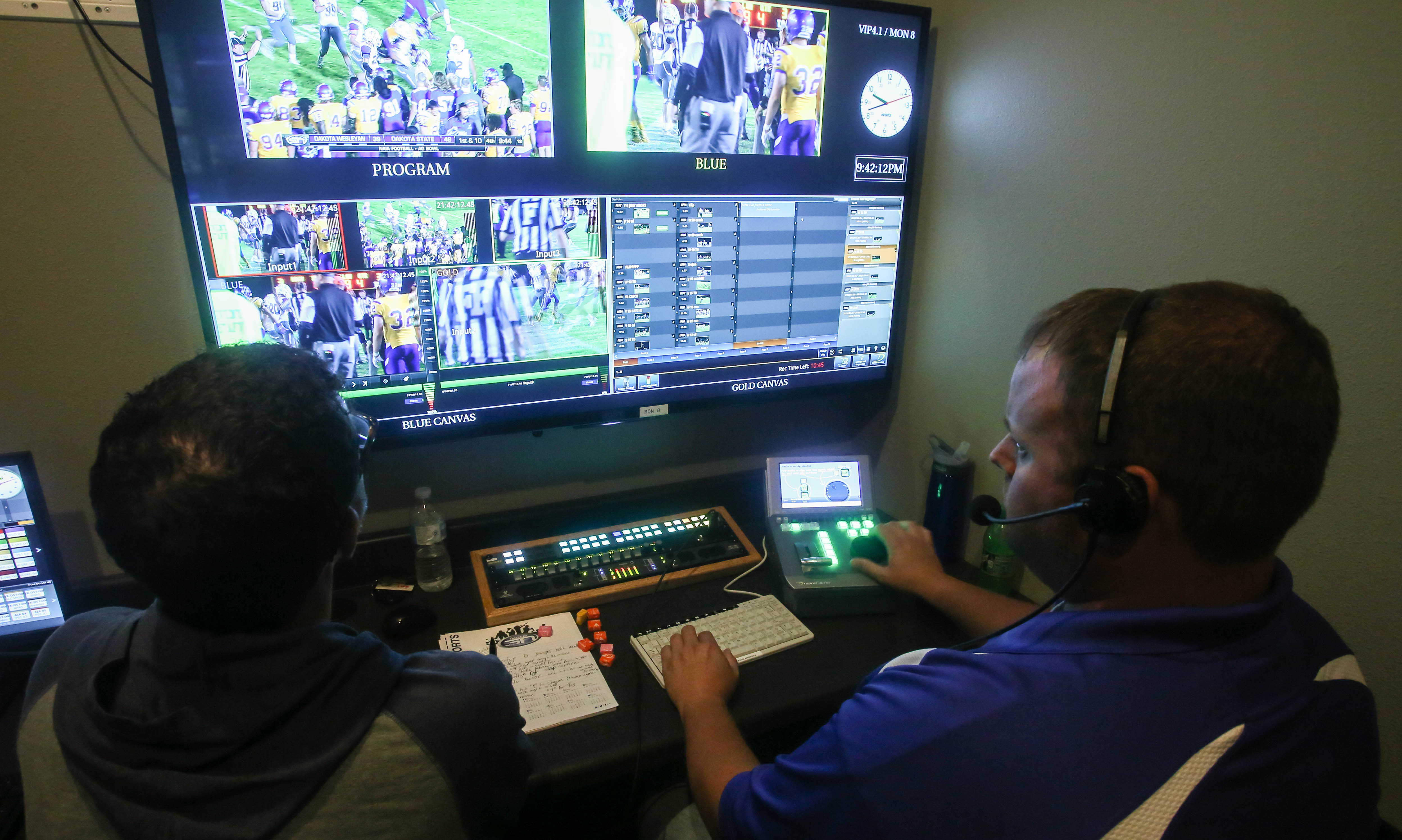 Erik Speer, systems sales representative at AVI Systems, explained that rolling out this new model has already given Midco the chance to expand and scale its production in their footprint, which is comprised of North Dakota, South Dakota, and Minnesota. 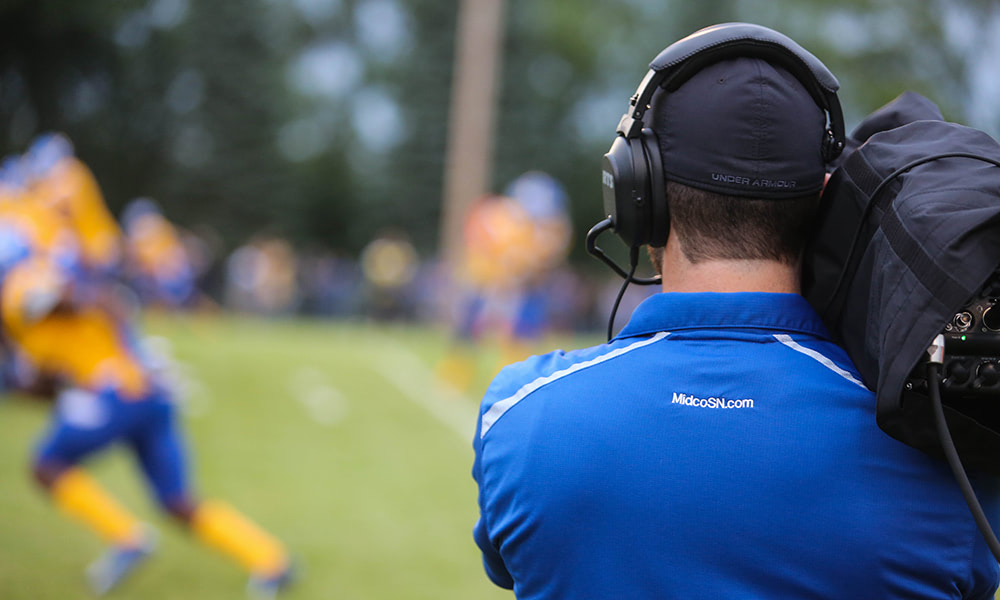 “This gets them a bigger footprint in their target market and allows them to cover a lot more events," Speer said.

Roughly 20 years ago, AVI Systems and Midco partnered up to build the broadcast company from the ground up.

“We’ve been adding more content, more capabilities, and growing our viewership and advertising with the partnership of AVI,” DeWit said. “It’s been a great relationship.”